A Little Who, What, When, Where, Why and How of Montessori vs Steiner

The period in which Dr. Maria Montessori’s and Rudolf Steiner’s philosophies germinated was influential in their construction and lent a humanistic element to both philosophies. Social reform was a strong theme of their day and issues such as individual liberty, freedom, class differences and equal opportunity between genders came into play in the formation of these methods. Sharing similar foundational ideals, Dr. Montessori and Steiner both questioned the educational systems of their day; recognizing the need to bring about a long overdue revolutionary change in the perspectives and attitudes held towards children as well as the educational methods implemented. Tackling the timeless question: “what is the fundamental nature of knowledge?” the philosophies of Dr. Montessori and Steiner were developed to achieve a similar goal; that of developing a holistic educational method.

Armed with her own experience with social injustice in fighting to become the first female doctor in Italy, drawing on her background knowledge in medicine and anthropology, and inspired by her experiences working with developmentally disabled children, Dr. Montessori endeavoured to discover the process through which a child holistically developed and acquired knowledge: “The most urgent task facing educators is to come to know his unknown child and to free it from all entanglements” (Montessori, 1972). Whilst behind Steiner’s educational philosophy were the themes that inspired his lectures, a goal for societal transformation: “Our highest endeavour must be to develop free human beings who are able of themselves to impart purpose and direction to their lives. The need for imagination, a sense of truth, and a feeling of responsibility—these three forces are the very nerve of education” (Steiner, 1997).

Expertise in fields other than education lent Dr. Montessori and Steiner the advantage of viewing educational systems, and child development, with a pair of fresh eyes; enabling them to move past the hollow classroom rituals, preconceived ideas and beliefs of their time and instead focusing on discovering the true nature of the child. Dr. Montessori set out to accomplish this when she undertook a project in 1906 to educate and care for a group of underprivileged children in Rome. Using scientific and systematic methods she observed the children’s behaviour and development; adapting the environment according to how children responded to it and methodically documenting her observations. Similar circumstances sparked the development of Steiner’s methods when he was commissioned with a task in 1919 to develop an educational system, based on his spiritual movement of anthroposophy, for the children of both workers and management in a cigar factory. Extending on his quest to understand the true nature of the human being and engender a harmonious state in society, Steiner aimed to build a community where all children had equal access to an educational method that nurtured both the spiritual and physical and was interdependent with nature; “In order to educate, we must acquire knowledge of the human being from knowledge of the cosmos, and learn to shape it artistically.” (Steiner, 1997).

Dr. Montessori’s observations and research led to the discovery of foundational concepts
that: children possess an innate drive to learn, achieve the formation of self through hands
on and child-led learning within a prepared environment and have various “sensitive
periods” for learning particular topics in each learning domain. Her research also showed
that there are four planes/stages along which the child develops and the ages which
correspond with these are 0-6, 6-12, 12-18 and 18-24. The Montessori education method
recognizes that children first need a foundation in real world experiences and learning
which they can then draw on to build their own imaginative and creative ideas. Real life and
hands on experiences are central to the Montessori curriculum and fantasy play is not
incorporated in the younger years (it’s important to note that fantasy is different to roleplay
which children naturally engage in when they mimic and copy activities and scenarios
they have personally observed in their day to day lives). Montessori classrooms have set
equipment which was developed by Dr. Montessori based on her research. The materials
are self-correcting, purpose-built and isolate each concept being taught in order to provide
a deep concrete understanding.

Waldorf schools have a strong focus on the spiritual development along with the physical
and academic areas. A hallmark of Steiner’s curriculum is learning through play and large
periods of time are devoted to creative play (Gordon & Browne, 2014). Aspects such as
expressive arts, imagination, and social connections/experiences are considered to be the
building blocks for a child’s holistic development and formation of self. Steiner’s method
outlines three developmental stages. The first stage is from 0-7, structured lessons and
abstract concepts are not introduced in this stage and instead the child learns through
sensorial and open-ended play-based interactions with their surroundings. The second stage
is marked by the change of teeth (around 7 years), and children begin to receive structured
input. The third stage begins at puberty and marks the beginning of the child taking active
control of his own learning.

child in order to determine how/what learning is set up and to serve as a link between the
child and the environment. The environment is considered first as the child’s “teacher” and
is referred to as The Prepared Environment. Teachers provide assistance and guidance when
needed, and when not needed step back to allow the child to build confidence,
independence and concentration. Montessori teachers stay with the children in their
classroom for three years levels.
In Waldorf classrooms the teacher is central to the learning and it is their role to directly
nurture and inspire a child’s learning. Lessons are given to children in group settings using
representational and artistic teaching, as Steiner strongly believed that the creative arts
played an important role in education. Usually Waldorf teachers move with their group of
children and stay with them for the whole Primary/Secondary journey.

Dr. Montessori called her classrooms “The Children’s House” and they were designed to

create a space where children could be autonomous and make discoveries on their own. In
the younger years, children mainly work with self-selected materials individually – this is to
enable concentration to develop and for the children to have time to explore and gain an
understanding of the materials without interruptions. Based on the “sensitive periods”
academic subjects/topics are introduced to children from the age of 3 through the various
equipment/materials in the classroom. Children are not pressured to work with these
materials but rather are introduced to them as they show an interest/need. Montessori
classrooms are multi-aged with three year levels grouped together. This allows children to
experience an authentic community in their classrooms with children of different ages,
abilities, skills and talents which enables them to have opportunities to learn from each
other, be in the role of mentor/leader and develop diverse social skills and understandings.
It also enables children to truly work at their own pace – having more time to focus on a
particular topic if needed or have access to more challenging materials for areas they are
excelling in.

Waldorf classrooms focus on facilitating group play with the resources in the classrooms
based on their foundational principle that social play and interactions greatly influence the
development of the whole child. In Waldorf schools formal academics are not taught in the
younger years and core subjects (maths, science, reading etc.) are not introduced until
Grade 1. Waldorf implements a strong focus on imaginative and creative play and fantasy
stories in the younger years. Fairy tales, artistic creations and role play are a big part of the
Waldorf early years curriculum. Waldorf implements the use of many open-ended natural
materials and props to facilitate creative and imaginative play. Some Waldorf classrooms
have mixed ages but usually have separate year levels.
A focus on a connectedness with nature and utilization of natural resources in the classroom
is found in both Montessori and Waldorf approaches. 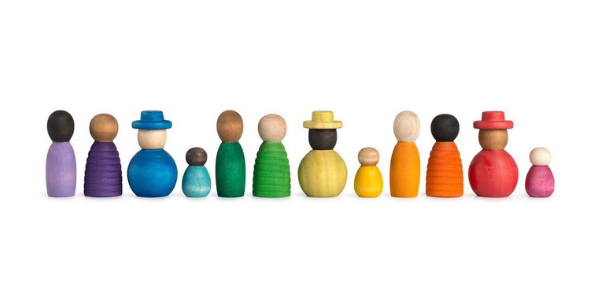 With a focus on respect for the child and a holistic approach to education, Montessori and

Steiner both set out to create an environment that was conducive to supporting the child’s
natural course of development and assisting them in reaching their full learning capabilities.

Many shared and individual aspects from both these philosophies have contributed greatly
to, and been incorporated in, current day educational theory, curriculums and approaches,
and are now considered standard practice (globally). Dr. Montessori’s research continues to
be far reaching and implemented into current educational practice with educational
professionals acknowledging: “she (Montessori) remains one of the few great theorists who
transformed her idea into a way of organizing classrooms, schools, curricula and pedagogy.
There remains and continues to grow a rich and important seam of research into the
applications, effects and outcomes of her methods” (Doherty & Hughes, 2014). The greatest
contributions from both these educational philosophies, however, is not simply the physical
materials/equipment or even the practical approaches/lessons but rather the underlying
principles. Principles that include viewing children as capable human beings who deserve
immense respect, and the understanding that education should nourish and nurture body,
mind and spirit. That it should impart to children, not just knowledge, but an understanding
of their whole world which will lead them to become the next generation that will bring
about the betterment of humanity. 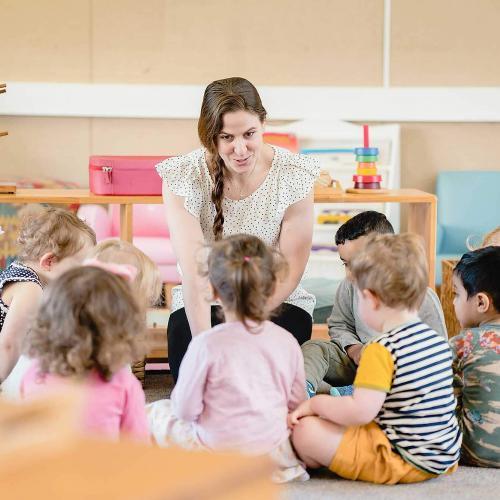 Rachel is passionate about facilitating a nurturing and holistic Montessori learning environment for the 0-3 age group, enabling children to flourish and grow at their own individual pace and level. She is fascinated by brain development in the younger years and the amazing learning potential of young children. Rachel has been at North-Eastern since the early days of the Toddler Community, and has been an invaluable team member in this program's success.